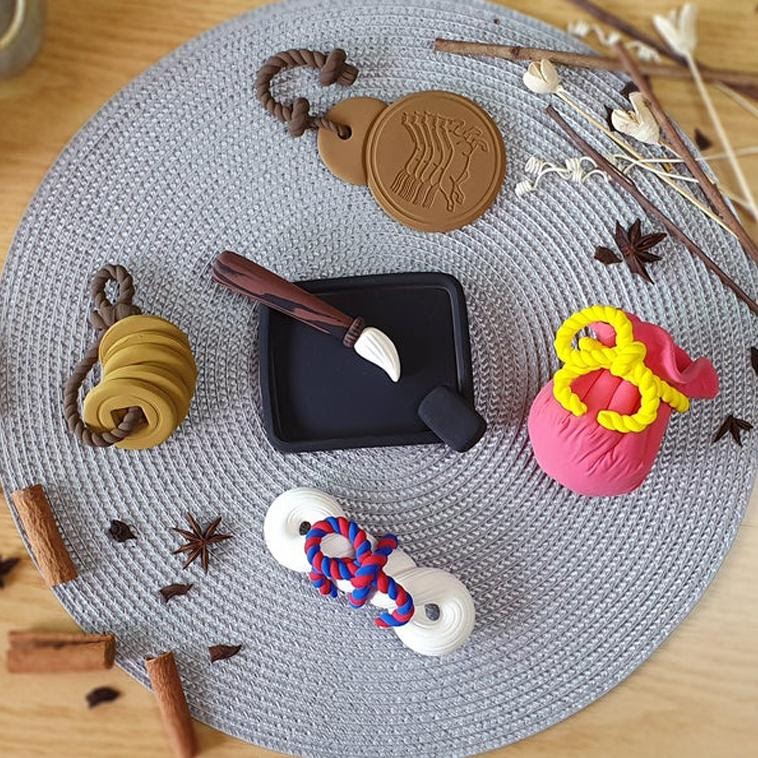 To provide a bit of background information:

Doljanchi was a Korean celebration that was commonly held to celebrate a baby’s first birthday because many babies unfortunately did not survive due to harsh weather, lack of resources, and/or war.

Additionally, Korean shamanism tied in with many aspects of Korean culture and therefore Koreans heavily believed in superstition. Doljanchi was held with superstition in mind. Babies who made it past 1 year in age were considered a blessing and a Doljanchi was thrown not just to celebrate but to further the blessing of the child by preparing and consuming specific types of food, making prayers, and hosting Doljabi.

Doljabi was hosted in order for the parents to predict the future of the baby however some of the Doljabi items weren’t for predicting the baby’s future as much as blessing the baby with good fortune, long life, or vigorous energy.

A few of these items did predict careers such as a bow, medicine pot, and medallion but they also represented blessings.

For example, a bow meant that the baby would likely turn into a great warrior and blessed them with a fierce spirit.

The other items such as a yarn, set of coins, rice ball, and fortune pouch didn’t predict a future career, just blessings.

Although many respectable careers were limited in the past which is likely a reason why some traditional Doljabi items are not associated with a career, it is important to keep in mind that Koreans in the past valued blessings to a great extent because of their strong ties with superstition.

For those who hold dear to supernatural causes or want to preserve Doljabi as traditionally as possible, one should look into a traditional Doljabi Set.

A modern Doljabi Set consists of a variety of items; actually, anything!

Modern Doljabi Items are always associated with a career and rarely any with a blessing.

Modern Doljabi sets often sit perfect with a Dol Party that has a modernized theme.

Joteta is an authentic Korean shop that partners with manufacturers and unique shops in Korea to provide quality and aesthetic Korean products to Korean enthusiasts outside of Korea.

How do I search for Vendors?

The search area is divided into 2 functions.

1) Quick Search by Vendor Services & Products for a fast view of all vendors within a particular category.

2) Detailed Search that filters based on your criteria of Service or Product, Vendor Name, State, Country and Rating.

You may use both functions together as they’re related.  For example, you can begin your search by selecting a category.  After it returns all vendors from the category, you can proceed to narrow down your search more using the detailed search form for a more targeted set of vendors.

What is Verified Vendor Status?

Vendors may be added to our directory in two ways:

2) Public Vendor information has been contributed to our site by the community.

Therefore, not all vendor listings should be created equal. Vendors that take the effort to complete their profile fully may request for Vendor Verification.

During the Verification stage, we may contact you by e-mail or by Telephone if E-mail is unavailable (U.S. Only). We will reach out to you based on your profile information to verify the ownership of the vendor account. We will also check the validity of the URL for website you link to as well as any social media pages that are provided.

The purpose of this rule is to provide the most accurate set of vendor directory to our general community searching for quality vendors.